It's Not So Slick 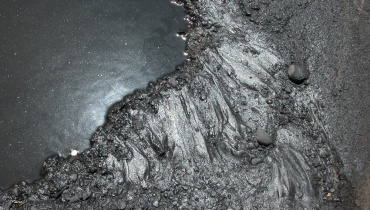 Oil can damage the environment through spills as well as CO2 emissions.

Oil (also known as petroleum) is a fossil fuel formed from the remains of tiny sea plants and animals that died hundreds of millions of years ago. Once refined, oil can be used to make products such as gasoline, diesel and jet fuel. 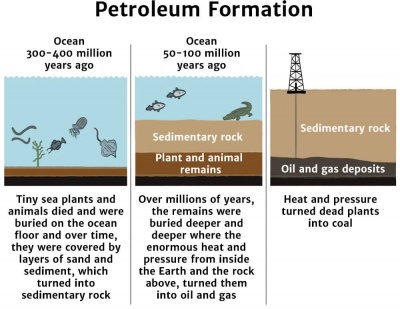 Oil is a fossil fuel that was formed hundreds of millions of years ago.

How is oil (petroleum) formed?

Hundreds of millions of years ago (before dinosaurs existed), when tiny sea plants and animals died, they sank to the bottom of the oceans. They were buried by thousands of feet of sediment and sand, which turned to rock.

As the layers increased, pressure and heat built up, causing the organic matter to be broken down into compounds called hydrocarbons (made of hydrogen and carbon atoms).

Finally, an oil-saturated rock – a bit like a wet sponge - was formed.

Can we use oil exactly as it comes out of the ground?

No, in order for crude oil to be turned into usable products – such as gasoline for our cars – it first needs to be processed at an oil refinery.

What products do we get from oil?

The most important product to come from oil is gasoline, which is used to fuel cars.
Other petroleum products include diesel, heating oil and jet fuel for aeroplanes.

These products are mainly used as energy sources in the transportation and industrial sectors, but petroleum products are also used for commercial and residential purposes. 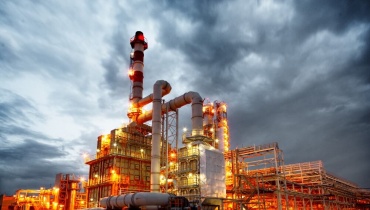 Crude oil has to be refined before it can be used for fuel.

Oil - also called petroleum – was formed by decaying matter from sea plants and animals that died hundreds of millions of years ago.

Crude oil is the form that oil is in when it is first removed from the ground – we cannot use crude oil as an energy source until it has been refined.

Gasoline is the main product to come from oil. It is used as fuel for vehicles such as cars.

Almost half (43%) of a barrel of oil is used to produce gasoline.

The transport industry is the biggest consumer of oil, accounting for 70% of oil's industry use. 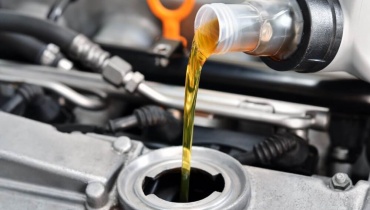 Motor oil and gasoline are both produced by refining crude oil.

Oil was formed from tiny sea plants and animals that died and fell to the bottom of the ocean hundreds of millions of years ago. Crude oil is refined to produce gasoline, diesel, jet fuel and other oil and by-products.